Angels of the Universe 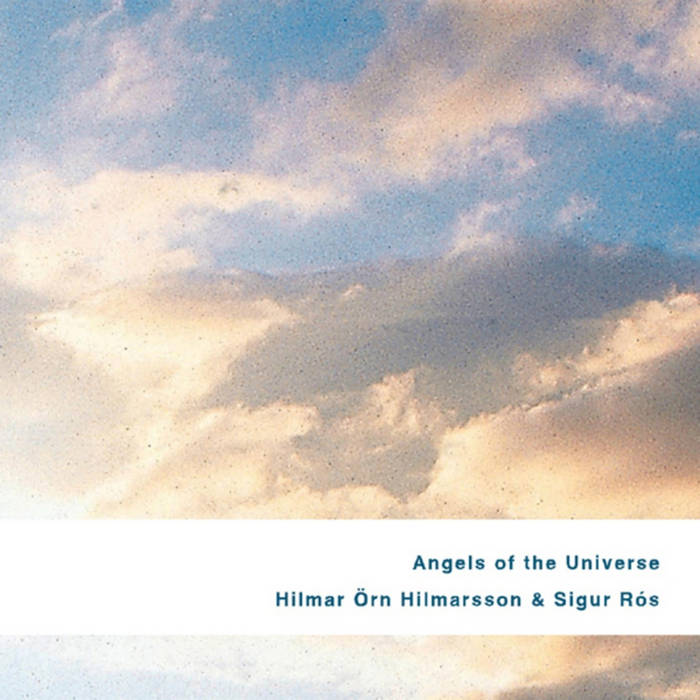 ‘Angels of the Universe’ is latest film from Iceland’s most celebrated director, Fredrik Thor Fridriksson. So far, over half the population of Iceland has been to see the movie, helping it to become one of the country’s most successful films ever. It is now making waves internationally, with European release planned for late 2000/early 2001.

Released on Sigur Rós’ own Krunk label, the soundtrack to ‘Angels of the Universe’ has been composed by Hilmar Örn Hilmarsson, with Sigur Rós contributing two lengthy pieces, which feature towards the film’s climax. ‘Bium Bium Bambaló’ and ‘Dánarfregnir Og Jardarfarir’ have previously only been available on the now deleted second Sigur Rós EP, ‘Ny Batterí’, on Fatcat Records.

‘Bium Bium Bambaló’ is based on one of Iceland’s most popular lullabies, while ‘Dánarfregnir Og Jardarfarir’ is a rendition of the music which underscores the daily Funeral Announcements & Deaths, which are read out on national radio.

The main body of the score, however, is the work of Hilmarsson, who with over 20 soundtracks to his name is Iceland’s most prolific film composer. In 1995 he won European Film Composer of the Year for his work on the Oscar nominated ‘Children of Nature’, for which he also collaborated with Fridriksson and ‘Angels of the Universe’ writer, Einar Mar Gudmundsson. Here his work is given almost unbearable poignancy by the knowledge that not only is the movie’s doomed protagonist the writer’s real life brother, but also a personal friend of Hilmarsson.

‘Angels of the Universe’, the film, has been adapted by Gudmundsson from his award-winning novel, and tells his late brother’s tragic story as it painfully explores the further reaches of madness and destruction. It is the fourth co-operation between Gudmundsson and Fridriksson.

Sigur Rós have released the acclaimed ‘Agaetis Byrjun’ album internationally and toured extensively throughout Europe, most recently in support of Radiohead. Dazed & Confused wrote of Fridrik Thor Fridriksson earlier this year “he is central to an Icelandic cinema which barely existed before he made its inception his personal goal”. Einar Mar Gudmundsson is one of Scandinavia’s most revered writers and won the Nordic Council Prize for Literature for ‘Angels of the Universe’. Hilmar Örn Hilmarsson was once a member Psychic TV.