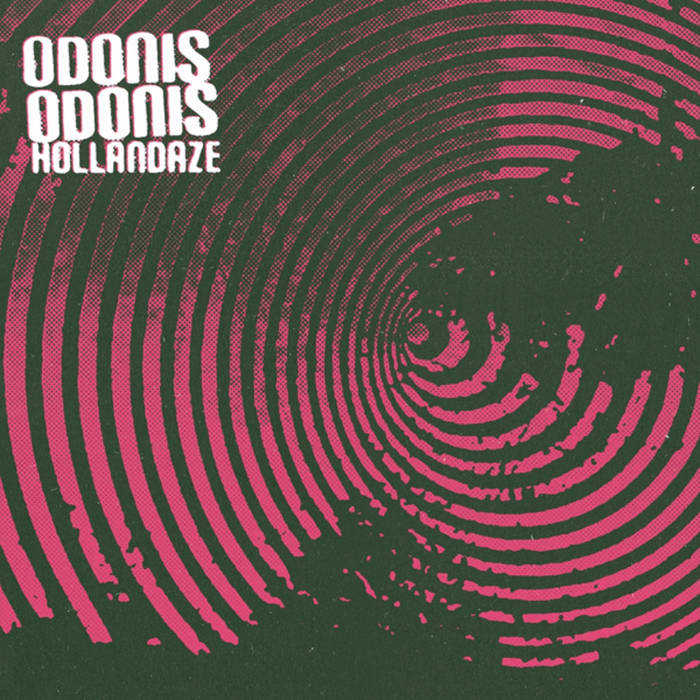 Based in Toronto, Canada, Odonis Odonis came into being in 2010, taking its name from a mate of bandleader, Dean Tzenos, who was unforgettably called Adonis Adonis. A prolific writer, Dean initially recorded recorded nearly 40 demos in a couple of months before picking out 10 which he took to Vancouver to record with Colin Stewart (Black Mountain). Those 10 tracks were sent over to FatCat, and we were instantly smitten by what we heard.
Wrapping every song with deep sea reverb and cold fingertips, Odonis Odonis distills the vitals of pop and experimentation. Moulded at a young age by the sounds of indie, new wave and industrial mix-tapes passed on by Dean’s elder sisters, Odonis Odonis harkens back to the classic 80s sounds of the likes of The Jesus & Mary Chain, The Pixies, Big Black and The Cure, as well as further back to 60s garage and surf. Like a good post-modernist, however, these influences merely colour, but do not define Odonis Odonis. What started off as a whimsical fancy to create an homage to the sounds of his youth, Odonis Odonis ended up converting a cramped den space into a veritable music studio, and ultimately into a full live band. Dean, the driving force behind Odonis Odonis, marries distorted daggers and porcelain vocals into a grimy, gum-splattered ménage of surf-gaze, punk and lo-fi. Alongside accomplices Jarod Gibson (Drums, Electronics, Vocals) and Denholm Whale (Bass, Vocals), Odonis Odonis’ shadowy impressionism has left the analogue era and into the not-so-distant present. From melodic and ethereal to brash and relentless, Odonis Odonis is the metaphysical equivalent of your favourite mixtape