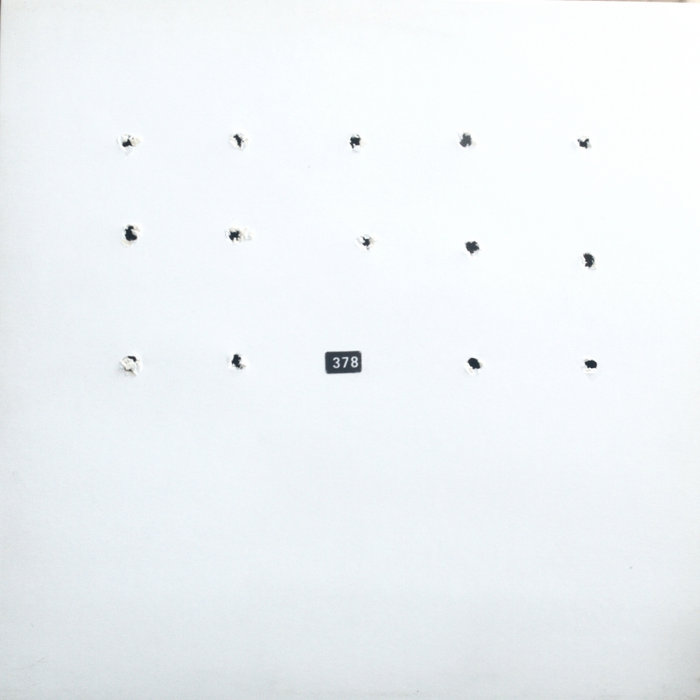 The first Split 12" of 2002 (and the 14th in the series thus far), Ultra-red v Anna Planeta showcases two very different takes on the use of field recording, with one side providing storming floor-friendly tracks and the other a more home-listening affair.

California-based activists Ultra-red provide two great house tracks, 'A16' and 'A17', which were composed exclusively from site recordings made during street protests against the International Monetary Fund and the World Bank, Washington DC, April 16th and 17th, 2000. Mastered by John Tejada, both tracks come with a thudding dancefloor kick, raising the energy levels and politicizing their format through the integration of the location recordings. Crowd noise, political chants and call-and-response communications between demonstrators intermingle with the crisp technology of the music. (One of the most intriguing strategies witnessed at the 'A16' protests was how instructions and important information was communicated across large crowds through the use of chanting and repetition. While people along the front lines of police-controlled barricades negotiated their actions amongst themselves and with the police, these messages would then be repeated by the entire assembly so that no decision was made in secret or without the possibility of giving space for discussion. In the absence of electronic amplification, protesters deployed acoustic strategies that transformed the human assembly itself and the spatial acoustics of the city into an enormous amplification system. But unlike the authoritarian voice of the loudspeaker or megaphone, this form of amplification permitted dissent and dialog).

Anna Planeta's two tracks are composed of live digital recordings of sounds made and heard at a huge, long-abandoned Catholic school house near Alton Towers theme park near Leeds, North England. Unlike the cheery, fresh faced visitors to that particular tourist haunt, the school buildings are a decaying mecca for idle / troubled youth who have involved themselves in the gradual demolition of the premises. Our lady still sits proudly atop a vast assembly hall littered with broken glass, spraypaint and tin cans conveying the sickly odour of Kestrel and Special Brew or the pentagram daubings of "satanists" acting more under the spell of lord Ozzy than any unearthly great beast.

The recordings were made utilising the individual sounds present in the rooms of the schoolhouse, performed around sonic events generated by the buildings themselves - the effects of the elements, the bats in the roof - all direct to DAT. There are no overdubs, multitrack, filters, reverb treatments, processing of any kind on these recordings. There was no electricity at the recording location either, thus only acoustic or battery-operated instruments or sound sources were used throughout.
Anna Planeta is the project of Dan Bird, Andy Jarvis and Phil Todd, who runs the Independent label / distribution / mailorder concern, Betley Welcomes Careful Drivers.