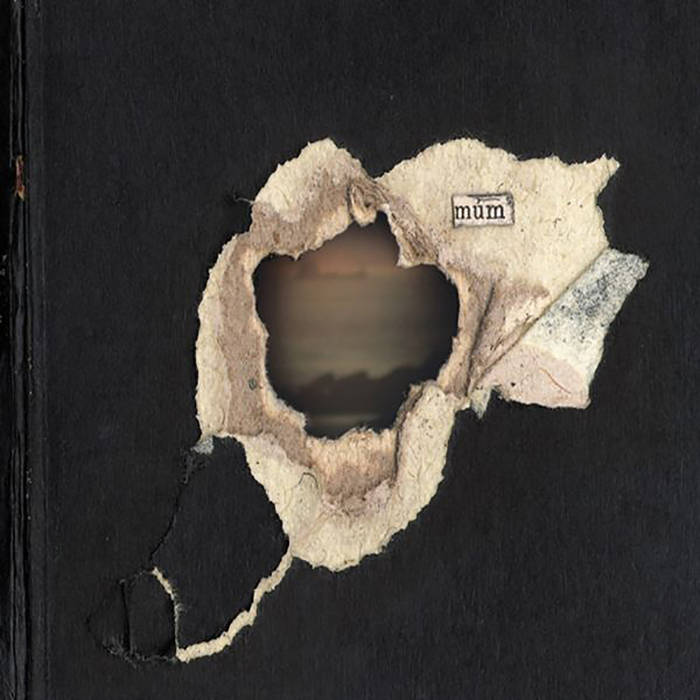 Their first record for two years, ‘Summer Make good’ sees múm return with a bold and beautiful new album, the highly anticipated follow-up to 2002’s acclaimed, ‘Finally We Are No One’.

Wide-open and collaborative, but ultimately focused, múm’s sound is modern / forward-thinking, yet simultaneously imbued with a sense of (particularly Icelandic or European) folk tradition. A complete, immensely detailed album that rewards the listener with repeated listens, ‘Summer Make Good’ contains some of múm’s strongest songs yet, framed in a more expansive, dramatic setting.

The grainy, weathered atmosphere of the album also suggests comparisons to films like Jeunet & Caro’s ‘Delicatessen’ and ‘City Of Lost Children’, to the animations of Jan Svankmajer, or even to the atmosphere of Grimm’s fairy tales.

‘Summer Make Good’ seems drenched in a mood / atmosphere that bears witness to the environments it was created within. With most of the tracks originally written in a remote lighthouse in Galtarviti in the northwest of Iceland, the album was then recorded over a period of seven weeks in an empty weather station / light-keeper’s house beneath the circling beams of another lighthouse in Gardskagatá, at the southwest edge of the same country.

Both were spartan, magical locations - isolated and surrounded by open seas and rugged landscape. At Galtarviti, communicating with the outside world entailed a three-hour climb up a mountain to where they could get a mobile reception, whilst the band had to cross rough seas in a tiny boat to get provisions. One night, the boat’s faltering engine totally died on Gunni around midnight in the open sea and he was luckily rescued by a returning fishing boat.

When FatCat’s Dave Cawley went to visit the band there, they ended up stranded for three days and forced into a nightmarish adventure during fierce winds and a storm that involved climbing across mountains, being rescued by local Icelandic fisherman, and eventually being delivered back to the lighthouse by two different (drunken) fisherman who were swigging a large bottle of whiskey whilst firing shotguns at seals and seagulls as their boat lurched and rolled in a 15ft swell.

Whilst events at Gardskagatá were far less dramatic, they were no less informative to the album, and the location itself is audible throughout.

Scattered across the album between the more complete songs, lie a number of dysfunctional / eerily atmospheric interludes: you can hear the wind, creaking wood, dripping water and the crackle and click of old vinyl…

Within the building’s spartan and peeling interior, the band founded an experimental and intensely creative atmosphere. With a huge pile of instruments and equipment dragged from Reykjavik on the back of a pickup truck, recording locations were set up in rooms throughout the house.

Instead of recording into and manipulating everything on computer, they sought a more physical / hands-on process. There are still electronic elements there in the mix, yet rather than running recorded sounds through DSP / plug-ins, they pushed them instead through a variety of vintage amplifiers and old gramophone speakers. Tracks became synchronised between Pro Tools and one inch analogue tape.

The resultant grain and depth of recording is immediately audible – less thin, increasingly less reliant on digital technology, this album sounds rich, warm and incredibly deep; suffused with layers of crackle and hiss. Listen in and the level of accumulated details becomes astonishing – a wealth of sparkling, heavily layered intricacies that swirl, fizz and bounce around without ever descending into an overloaded mulch. Combined with the continually-shifting / sprawling dynamics of the songs, these fleeting details draw you in and make you want to listen back again, offering a real adventure for the listener.

The vinyl version of the album in particular is a music connoisseur’s must due to it being mastered directly from analogue tape without the intervention of digital technology - which consequently gives the songs that fat, warm sound so apparent on the records of yesteryear.

Like their recent live tours, in which these new songs were explored and expanded, this album witnesses an increasingly confident and comfortable band.

Although there’s still an incredibly intimate intensity and fragility about Kristin’s singing, gone is any trace of awkwardness or uncertainty. In its place, we witness just how far múm have come in the last couple of years.